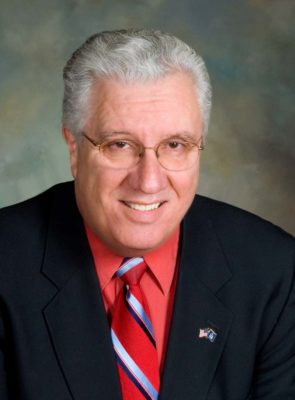 Carl Marcellino was elected to represent the Fifth Senate District and serves as chairman of the Education Committee. Since becoming chair, aid to education has increased by $2 billion.

Marcellino also chaired the EnCon Committee and wrote more than 100 environmental laws. He was also chairman of the Investigations and Government Operations Committee.
He earned bachelor of arts and master of science degrees from New York University and a professional diploma in administration and supervision from St. John’s. After 20 years as a science teacher and administrator, he was elected Oyster Bay Town Clerk, a position he held until his Senate election. 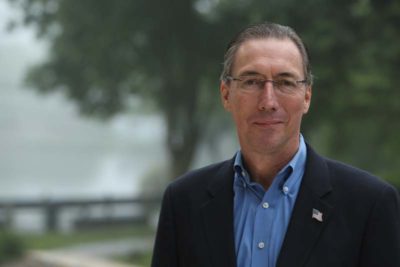 In 1983, Jim Gaughran was elected as Huntington Town Councilmember where he wrote one of New York’s first ethics laws that require local officials to disclose all their sources of outside income.

In 1987, Gaughran went on to become a Suffolk County Legislator. During his tenure, Gaughran worked with colleagues on both sides of the aisle to pass laws that took on gangs, combated the crack epidemic, and permanently preserved the Long Island Central Pine Barrens.

Currently, Gaughran serves as chairperson for the Suffolk County Water Authority. Under his leadership, the SCWA maintains two perfect AAA bond ratings, while ratepayers spend less on water than anyone else in the United States as a percent of their household income.

Kemp Hannon is the current chair of the NYS Senate Committee on Health and a nationally recognized expert in health care policy. In 2012, Governor Cuomo appointed him to the Medicaid Redesign Team.

Hannon sponsored important laws such as the Concussion Management Act, the CARES Act, rape kit reforms and recently championed the 2017 $2.5 billion Clean Water Infrastructure Act. He continues to work on initiatives to fight the opioid epidemic, which have included “I-STOP” to help prevent pain killer overdoses and the 2018 Drug Take Back Act to give consumers free and convenient options to get medications out of their cabinets and safely disposed of. 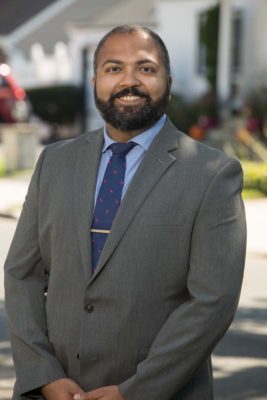 Kevin Thomas is an attorney and an appointee of the U.S. Commission on Civil Rights to the New York State Advisory Committee. He lives in Levittown and believes families on Long Island need someone to fight for them. As an attorney, Thomas worked tirelessly to bring justice to those who could not stand up for themselves.

Thomas’ campaign is about fighting for the less fortunate, those without a voice and those who have given up hope in the system. As an Indian American, who immigrated to the United States with his family when he was 10 years old, Thomas understands the promise that the United States holds and he believes that he is a living testament that the American dream still exists, and he believes every New Yorker should have the same opportunities that he had. 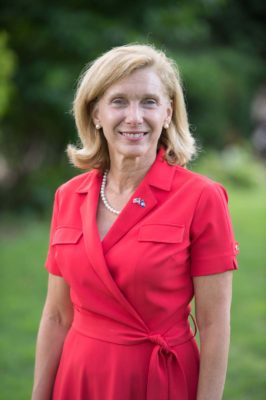 Elaine Phillips has earned a reputation in the Senate for bringing Republicans and Democrats together in a bipartisan way to deliver honest, responsive and effective government, fiscal responsibility and working to make it more affordable to live on Long Island. She stopped billions in tax increases sought by the Governor and Assembly and preserved middle class tax cuts. She doubled property tax rebates and tax credits for child care expenses. Elaine delivered funding for schools in addition to millions in grants for classroom enrichment, technology and school security. She wrote the new domestic violence law that keeps guns out of the hands of abusers, and co-sponsored the law to stop sexual harassment in the workplace.

Anna Kaplan was born Anna Monahemi in Tabriz, Iran to a Jewish family. When the Islamic Revolution swept the country, Kaplan’s parents made the difficult decision to send her to the United States for safety. In 1995, Kaplan became a U.S. citizen.

Kaplan married and settled in Great Neck where she and her husband raised two daughters. She was active in the public schools and her community and was asked to run for the Great Neck Library Board. She won and served a four-year term. During her third year, she was also appointed to the Town of North Hempstead Board of Zoning Appeals. In 2011, Anna was elected Town of North Hempstead Councilwoman for the Fourth District. In 2015, she was reelected to a second term as Town Councilwoman with 68 percent of the vote.