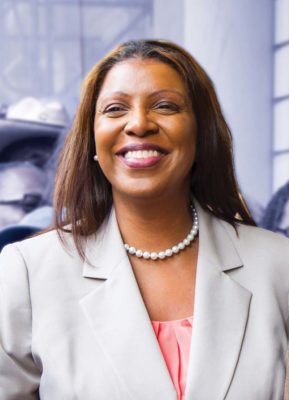 Letitia “Tish” James is the nominee of the Democratic, Working Families and Independence parties for New York Attorney General, running to fight for New Yorkers’ rights and to hold powerful interests, including Donald Trump, accountable. As Public Advocate, Tish serves as a watchdog over New York City government agencies and as an advocate and lawyer for the City’s most overlooked communities. She is a former public defender, Assistant Attorney General, and two-term New York City Council Member. In 2013, she became the first woman of color elected to citywide office. If elected Attorney General, she would become the first woman of color to hold statewide office in New York. A proud Brooklynite, she is a graduate of CUNY Lehman College, and has a law degree from Howard University School of Law. 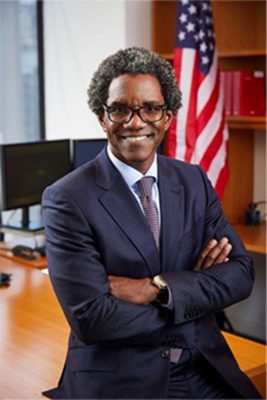 Keith Wofford is the Republican and Conservative candidate for New York State Attorney General. Keith was born and raised in Buffalo, where he grew up in a working-class neighborhood. With hard work and diligence, he received a scholarship to Harvard College, graduated cum laude, and continued his education at Harvard Law School where he earned his J.D. After law school, Keith built a law practice where he oversees more than 700 employees, and over the last 25 years, he’s recovered billions of dollars from companies that refuse to pay their debts. Keith is an outsider who knows how to get results, and he’s ready to use his experience in the private sector to turn New York State around.