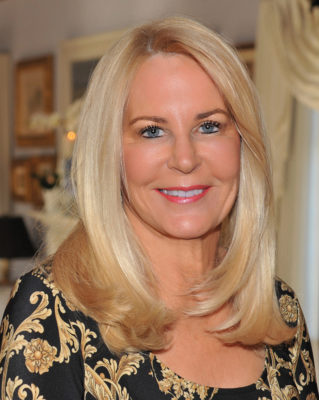 As a newspaper publisher, I have a front-row seat for all the news that breaks in the communities we cover, and as we near the end of 2017, there is plenty to look back on.

Going into 2018, we’ll be witnessing the changing of the guard at the County Executive level as Laura Curran takes over from Ed Mangano. The Town of Hempstead also will see Laura Gillen become the first Democrat to ascend to the Supervisor position, while the Town of Oyster Bay saw Joseph Saladino go from interim Town Supervisor to winning the position outright during this past November’s election.

Click here to view everything from our Year In Review special issue!

Education is one of Nassau County’s best attributes and quite a bit happened on this front. The New York State Board of Regents approved P-12 Science Learning Standards to ensure our students keep up with the science boom we’re currently experiencing. Also, Governor Andrew Cuomo launched the Excelsior Scholarship, a proposal that makes college tuition-free for New York’s middle class families at all SUNY and CUNY two- and four-year colleges.

Law enforcement has also done an excellent job in keeping citizens safe, so much so that Nassau County experienced its lowest crime levels in 50 years. All this in the face of the ongoing battle against the opioid epidemic and a gang problem that’s built up in recent years.

One of my passions is the charitable work that so many organizations do in helping the less fortunate. Among the notable efforts of 2017 was the $1.1 million Northwell Health and the Americana Manhasset raised at the 25th annual Katz Institute for Women’s Health Luncheon and Fashion Show, the Chateau Briand Caterers’ annual spring gala that supports academic programs for economically disadvantaged students at the De La Salle School and Old Westbury Gardens’ Children in Bloom luncheon that benefits children’s educational and environmental programs.

And, as president of the Nassau County Museum of Art, I took particular pride in the opening of The Manes Family Art & Education Center, which was a building on the museum grounds that had been devastated by Hurricane Sandy and was renovated, thanks to a $1 million donation from Dr. Harvey Manes. The goal of the center is to allow the museum’s education department to greatly expand its arts education programs to the people of Long Island.

So as the year comes to a close, I would like to wish you all happy and healthy new year. Cheers to 2017 and here’s to more local success stories in 2018.

Previous articleFeatures From The Field
Next articleEddie Palmieri’s Fave Musicians

Angela Anton
Angela Susan Anton is a dynamic and innovative business leader, philanthropist and mother—one of the most familiar faces and “hearts” on Long Island. Publisher of Anton Media Group, an award-winning group of 17 weeklies, Angela is committed to keeping her readers informed and engaged, and to personally championing worthy causes that make a positive difference in the region.