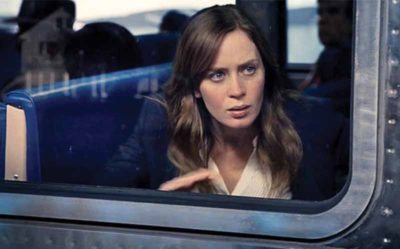 The leaves are beginning to change color and the cooler weather has finally come. The stores are filled with Halloween costumes and decorations as well as the beginnings of Christmas. However, for movie fans everywhere, October also brings a few brilliant mysteries and thrillers to theaters.

The Girl on the Train (R)

On Oct. 7 comes the book turned movie thriller The Girl on the Train. Directed by Tate Taylor and based on Paula Hawkins’ British novel of the same name, the film stars Haley Bennett, Emily Blunt, Justin Theroux, Laura Prepon, Rebecca Ferguson and Allison Janney. This thriller will leave audiences guessing over who is responsible for the death of Megan. The movie features the narrative of its three women characters; Rachel, Anna and Megan. Blunt plays Rachel, a bitter drunk divorcée whose husband, Tom, left her for Anna who gave Tom the baby she never could conceive.

Experiencing blackouts due to her alcoholism, she often calls her former husband and torments him. Anna, who is sick and tired of this, wants desperately to move out of her home. Megan is a married beautiful woman who takes care of Anna’s baby. Even though her drunkenness has cost Rachel her job, she pretends that she is still employed and wakes up, gets dressed and takes the train, which happens to pass by her former home. One morning, she rouses from her stupor, with blood and bruises and has no memory yet senses something bad happened. Rachel begins to pursue this mystery, more intensely after Megan’s body is found. Spectacularly made and unless you read the book you won’t see what’s coming next. 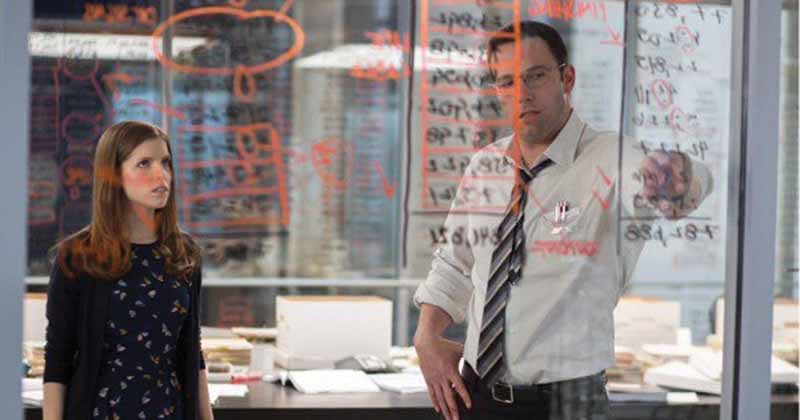 Directed by Gavin O’Connor, The Accountant debuts on Oct. 14. Another impressive crime thriller starring Ben Affleck, Anna Kendrick, Jon Bernthal, Jeffrey Tambor, John Lithgow and J.K. Simmons, Affleck portrays Christian Wolff, a mathematics genius who is an accountant in a small town pretending to be honest, all while he works for dangerous criminals as a forensic accountant. Simmons plays a treasury agent who is sent to investigate him, forcing Wolff to take on a legitimate client. However, Wolff begins to realize that perhaps they aren’t as honest as he thought when he discovers a discrepancy of millions of dollars. 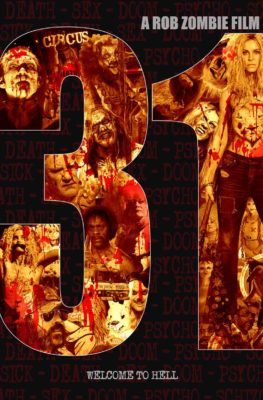 Although it was released on Sept. 16, it wouldn’t be October with at least one horror flick to represent Halloween. The movie 31 was directed and written by Rob Zombie, and stars Malcolm McDowell, Richard Brake and Jeff Daniel Phillips. Naturally, it takes place on Halloween, in 1976. A bunch of traveling carnival workers are attacked while driving to their next gig and a few are killed. The survivors are taken hostage and held in a remote deserted building where they are forced to take part in a violent game where they have to survive 12 hours against a gang of murderous clowns. A lot of blood, guts and screams await while watching this movie. 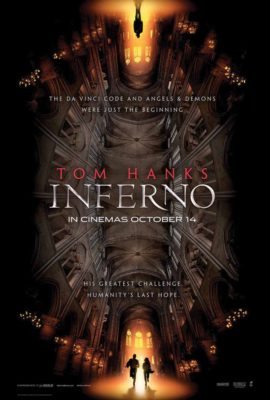 Oct. 28 sees the debut of Inferno. The much anticipated film is directed by Ron Howard and based on the 2013 novel of the same name by Dan Brown. The film is a sequel to The Da Vinci Code and Angels and Demons. Tom Hanks reprises his role for the third time as Robert Langdon. Felicity Jones stars alongside Hanks as Dr. Sienna Brooks. Langdon awakes in a hospital room in Florence not knowing how he got there and what has transpired over the last few days. Sienna helps him escape, and together they fight to stop a deadly global plot that involves genocide. Hanks is always brilliant and his role in this movie is no different.

So movie fans, grab your popcorn, some Halloween candy, and sit back and relax. See you at the movies.

Previous articleCareers For Returning Veterans
Next articleThink Before You Click