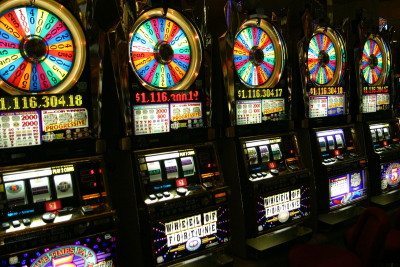 The current controversies over placing video lottery terminal (VLT) facilities in Elmont and Medford have their origins in a fateful 2013 statewide referendum.

This fact is rarely incorporated into 2016’s media coverage of the VLT disputes. Indeed, Long Island’s proposed VLT sites received little attention when the Cuomo administration and the state Legislature pushed aggressively for approval of an amendment to the state Constitution allowing for additional upstate casinos. Casinos offer table games, such as poker, whereas VLTs are similar to slot machines, allowing a gambler to wager on a video game’s outcome.

The Long Island VLT emporiums envisioned at the conclusion of 2013’s state Legislative session—one for Nassau, and one for Suffolk—were thrown into the mix as a consolation prize, given Queens has had VLTs in South Ozone Park, next to Aqueduct Racetrack, since 2011.

The idea few would want to live near a VLT facility crossed few minds as Nassau and Suffolk voters went to the polls in November 2013. Long Island’s voters decisively backed Proposal One but it made no mention of VLTs. Instead, the ballot proposal’s language discussed only upstate casinos and how they’d promote job growth, increase aid to local schools, and permit local governments to lower property taxes. Nearly three out of five voters statewide signed off on the proposal and too many of the state’s top elected officials quietly rejoiced. New Yorkers had agreed to create a new governmental revenue stream, and much of it would be provided by people who were addicted to gambling. What could go wrong?

Well, let’s start with Nassau Off-Track Betting (OTB) Corporation’s ill-fated attempt to convert the long-shuttered Fortunoff Department store site in Westbury into Nassau’s VLT locale. Loud protests from the residential neighborhoods off of Old Country Road, coupled with bi-partisan political opposition to the plan among local elected officials, doomed that proposal. Nassau OTB is now looking to place a VLT facility at Belmont Park in Elmont and, while most residents of that community and Floral Park are opposed to its placement there, the politicians are split along partisan lines. Democrats uniformly object to a Belmont VLT siting while Republicans are generally supportive of it.

If Long Island’s VLTs are going to maintain the hours kept at the Queens VLT site, they’ll remain open 20 hours a day, seven days a week. Resorts World Casino goes quiet each day from 6 to 10 a.m.

Things are even more complicated for Suffolk’s OTB Corporation, which desperately needs the revenue its proposed Medford VLT site would generate. Who says? None other than U.S. Bankruptcy Judge Carla E. Craig. “The VLT Facility is critical to Suffolk OTB’s efforts to adjust its debts and emerge from bankruptcy,” Judge Craig wrote, in a Nov. 30, 2015, ruling, which also mentions Suffolk OTB’s 2012 bankruptcy filing. The 21-page decision also recounts how Suffolk OTB purchased in October 2014 the property where it proposes to build its VLT emporium. The town of Brookhaven, which has zoning jurisdiction over the Medford parcel in question, has repeatedly rebuffed Suffolk OTB’s VLT applications, saying they’re incomplete.

“Brookhaven must accept and review Suffolk OTB’s site development plan,” Judge Craig wrote, adding later, “To be clear, Brookhaven cannot be compelled, at this stage of the proceedings, to approve the site development plan.” Does anyone want to bet how many more legal actions will result from the Elmont and Medford VLT facility proposals? The over/under is five.