Most Intriguing Side Projects For Los Lobos’ Steve Berlin 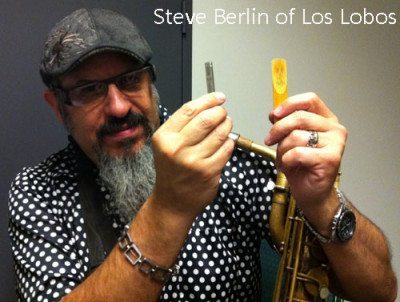 In addition to being a longstanding member of Los Lobos after he jumped ship from The Blasters back in the early 1980s, Steve Berlin has spent his career as a producer and sideman in a number of projects outside of his regular full time gig. Among the artists whose records he’s either helmed or played on are The Replacements, R.E.M., the Dandy Warhols, John Lee Hooker, Deer Tick, Sheryl Crow, The Go-Betweens, Raul Malo and Faith No More. The following are five that really stand out for the Philadelphia native. 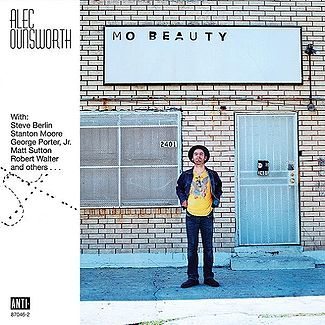 Alec Ounsworth – Mo Beauty (Anti-) [2009]
“I did an album with a guy named Alec Ounsworth who is the singer in Clap Your Hands Say Yeah. He’s an interesting fellow. We met in New Orleans and we did this thing after Hurricane Katrina that was sort of an artist education thing where they brought us down there, showed us what happened and they basically wanted us, as artistic spokesmen, to go out in the world and talk about what we saw. Effectively, it was an inside job. It was the Army Corps of Engineers and the lack of funding from the state of Louisiana that made the whole thing happen. So I came up with this idea that we go to New Orleans and record with New Orleans players. If you’ve heard his music, the last thing in the world that literally anyone would want to hear is his voice singing about New Orleans. But he’s a really incredible songwriter. The record was an absolute joy to make. We used George Porter of the Meters and Stanton Moore of Galactic. It’s just a really, really beautiful record that I don’t think a lot of people in the world heard because he also put out a punk record literally on the same day. So there was low visibility on it. It was really an emotional time in New Orleans between [Alec] and the interaction with the players. The guys in the band didn’t really understand him or the music initially but we sort of rose above that and made a really cool record that I hope more people get to hear.” 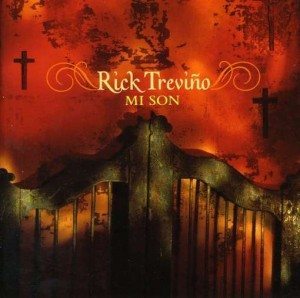 Rick Treviňo – Mi Son (Vanguard) [2001]
“I really enjoyed making this record with Rick Treviňo, one of the guys that was on the second Super 7 record. He was sort of a country guy and probably on the artistic merit meter, he had the least cred of anyone involved because he was a country guy and wore a hat, pressed jeans and all that shit. Right after the second Super 7 record, with most of the same band, we went in and did his solo record which to this day, is one of my favorite records that I’ve ever made. Again, for no rationale at all, it came out great and he really rose above it. It’s a really intriguing record. The textures and playing on it is really just beyond belief. It confused the shit out of his audience, so I’m not sure who really heard it. We threw a curveball at his people, so it’s always a 100 to 1 shot that anyone is going to care about it. Every once in a while I’ll have it on my computer and it’ll come up and I’ll just have to sit there and listen to the whole record. To me, it’s just that powerful and it’s a really cool record.” 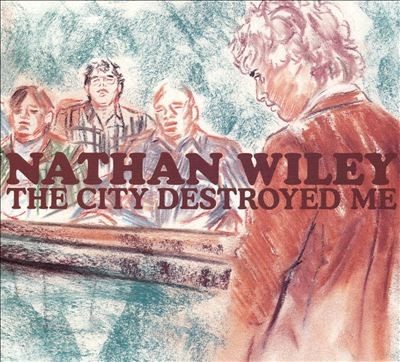 Nathan Wiley – The City Destroyed Me (Sonic Records) [2007]
“There’s a really, really obscure record by a guy named Nathan Wiley, who is from the Prince Edward Islands area of Canada. The Maritime Provinces is what it’s called. He’s a guy who I met when I was recording the Tragically Hip up there in the ‘90s and he had sent me these demos. These songs were really interesting sounding and compositionally, really fascinating. We had this ongoing conversation where I wanted to record with him when we could find the time. It was one of those deals where I was scheduled to do someone else’s record and that fell apart at the eleventh hour, so I just called him up out of the blue and asked him if he was ready to go. So he said yeah, let’s do it and it came together in about a week. While we were talking about the demos and I was saying what I wanted to do and we were getting ready to record, he confessed that he couldn’t afford cassette tapes so the versions he’d given me was all that existed. He did it on this very primitive digital recording system Roland came out with that he would record demos on the box, put them on the tape, erase what was on the box and do it again. So we just used those demos which were on cassette tapes to be the bedrock for the whole record. It has a really unique sound and I remember sending it to my mastering engineer and he was raving and wanted to know how we got that sound because he’d never heard anything like it before. He kept trying to guess what we used and I said, ‘Dude, you have no idea how wrong you are.’ Nathan has got a unique talent and is kind of ahead of his time. ” 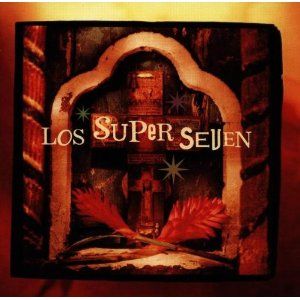 Los Super Seven – Los Super Seven (RCA Nashville) [1998]; Canto (Legacy) [2001]
“The Super 7 records that I was involved with were amazing experiences. It was literally not knowing anything going into it. Some places, we had a couple of songs picked out, but not really to the extent that anybody knew what was going to happen at all within the course of a week. The first one was done in a week and the second one took a little longer because we had a slightly bigger budget. The ethos was effectively the same—we were just going to go in and see what happened. 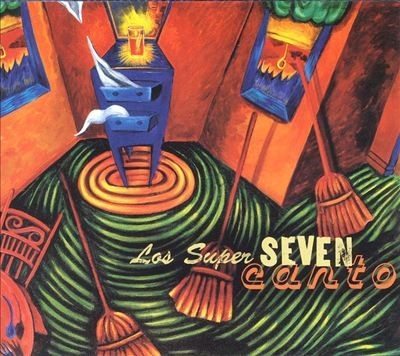 And what happened in every case was that every day was mind-blowingly cool. You never knew who was going to show up—Freddy Fender, Caetano Veloso, Raul Malo or whoever it was that showed up that day, it was just this amazingly powerful musical experience. It was just so gratifying and enjoyable on so many levels. We didn’t really know who we were making the record for per se, so we didn’t have to worry about living up to anything or anybody, which effectively made it so that we tried to come up with the coolest thing we could come up with. It was super fun to do that.” 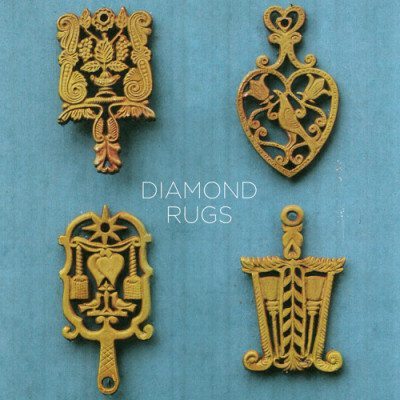 Diamond Rugs – Diamond Rugs (Partisan) [2012]; Cosmetics (Sycamore) [2015]
“These were not records I produced but ones I was part of. It’s kind of the same thing we did with the Super 7. It was just a bunch of guys coming together with no sort of preparation and literally in a couple of days, making something that’s pretty powerful. Both of the Diamond Rugs records are the same kind of deal. The first one, we didn’t know each other. John McCauley [of Deer Tick] was the only guy anyone knew and I didn’t know him at all. He came up to me at a show tripping his balls off and said that he wanted to make a record with me and somehow, I consented to do it (laughs). 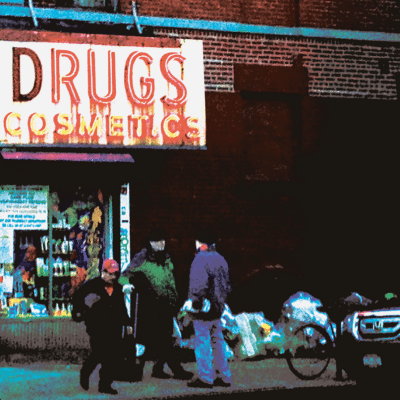 “That’s the best part of being a music-maker for a living—being a producer or in this case, a band member. You start the day with literally a blank piece of tape and by the end of the day, you’ve created one, two or three masterpieces. It’s hard to do that as a moviemaker, author or painter.

“Maybe there’s some other analogous artistic art form but music is the only one that I’m aware of that literally from beginning to end, you can make music in the course of a half hour. Some of the best records and the ones that have affected us the most deeply, for all intents and purposes, were done as long as it took to do them and it changed the course of culture. All the other ones had a little bit of prep involved but the Super 7 and Diamond Rugs records were literally conceived and executed effectively speaking, in real time in the moment. And that’s a very thrilling thing to get to do so I feel blessed that I got to be part of a couple of different projects like that.”

Los Lobos: Standing At The Crossroads Of Tradition And Rock & Roll