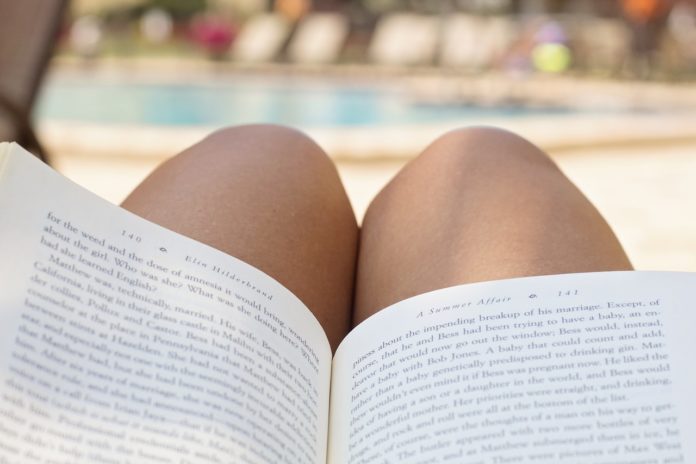 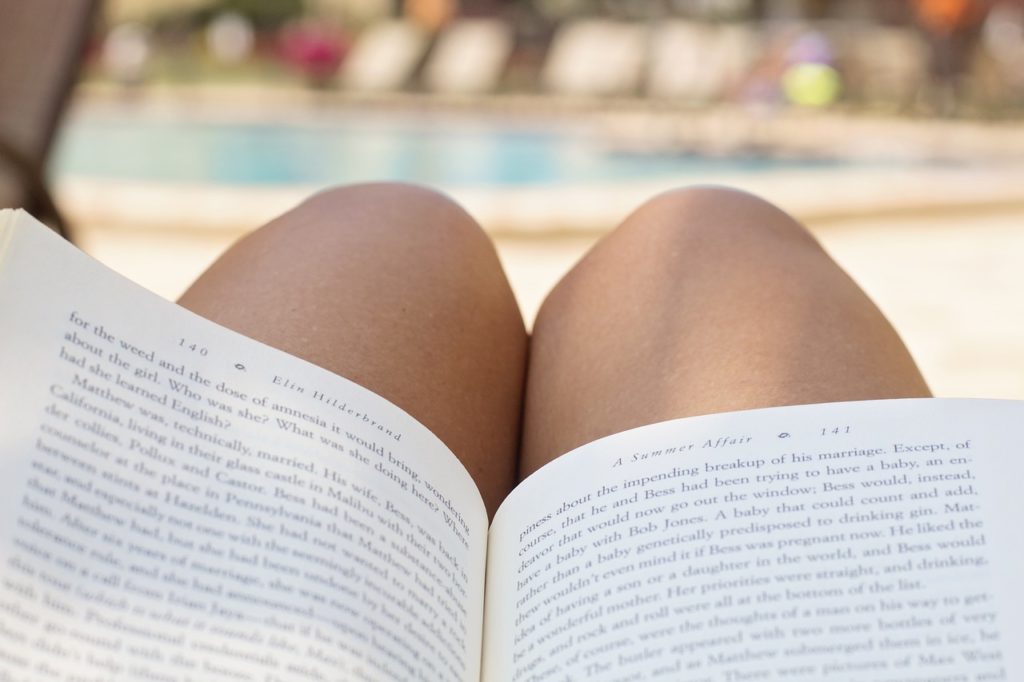 What’s your pleasure? Celebrity memoirs, bodice rippers, fantasy, satire? With tons of great options to choose from on the bookshelves and tons more coming up just in time for beach season, here are some of our top picks for can’t-put-it-down beach reads. 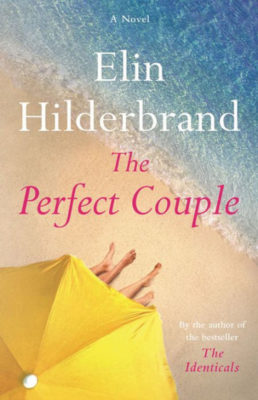 The Perfect Couple by Elin Hilderbrand

It’s Nantucket wedding season, aka summer, and the sight of a bride racing down Main Street is as common as the sun setting at Madaket Beach. The Otis-Winbury wedding promises to be an event to remember: the groom’s wealthy parents have spared no expense to host a lavish ceremony at their oceanfront estate. 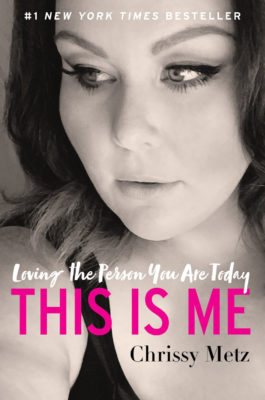 This Is Me by Chrissy Metz

Much more than your standard Hollywood memoir, Chrissy Metz (This Is Us) opens up about her childhood, abusive relationship with her stepfather, struggle with her body image and how she came to love herself. Bottom line: Chrissy Metz just loves making us cry. 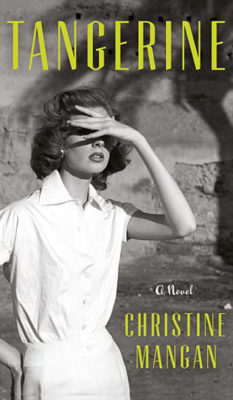 The last person Alice Shipley expected to see since arriving in Tangier with her new husband was Lucy Mason. After the accident at Bennington, the two friends—once inseparable roommates—haven’t spoken in over a year. But there Lucy was, trying to make things right and return to their old rhythms. Perhaps Alice should be happy. She has not adjusted to life in Morocco, too afraid to venture out into the bustling medinas and oppressive heat. Lucy—always fearless and independent—helps Alice emerge from her flat and explore the country. Optioned for film by George Clooney’s Smokehouse Pictures, with Scarlett Johansson to star. 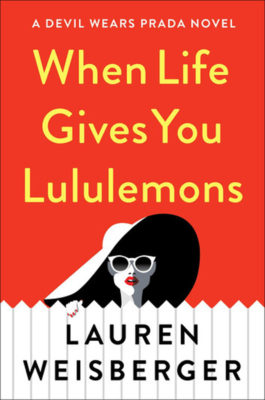 When Life Gives You Lululemons by Laura Weisberger

Welcome to Greenwich, CT, where the lawns and the women are perfectly manicured, the Tito’s and sodas are extra strong, and everyone has something to say about the infamous new neighbor. Let’s be clear: Emily Charlton does not do the suburbs. After leaving Miranda Priestly, she’s been working in Hollywood as an image consultant to the stars, but recently, Emily’s lost a few clients. She’s hopeless with social media. The new guard is nipping at her heels. She needs a big opportunity, and she needs it now. 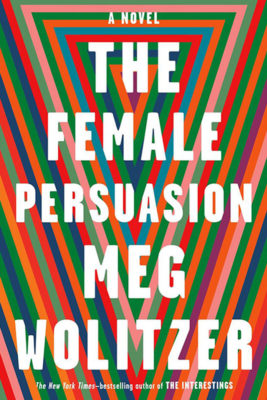 The Female Persuasion by Meg Wolitzer

To be admired by someone we admire—we all yearn for this: the private, electrifying pleasure of being singled out by someone of esteem. But sometimes it can also mean entry to a new kind of life, a bigger world. Greer Kadetsky is a shy college freshman when she meets the woman she hopes will change her life. Faith Frank, dazzlingly persuasive and elegant at sixty-three, has been a central pillar of the women’s movement for decades, a figure who inspires others to influence the world. 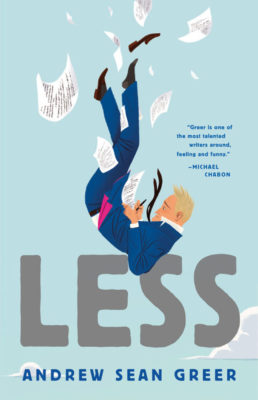 What would possibly go wrong? Arthur Less will almost fall in love in Paris, almost fall to his death in Berlin, barely escape to a Moroccan ski chalet from a Saharan sandstorm, accidentally book himself as the (only) writer-in-residence at a Christian Retreat Center in Southern India, and encounter, on a desert island in the Arabian Sea, the last person on Earth he wants to face. Somewhere in there: he will turn 50. Through it all, there is his first love. And there is his last. 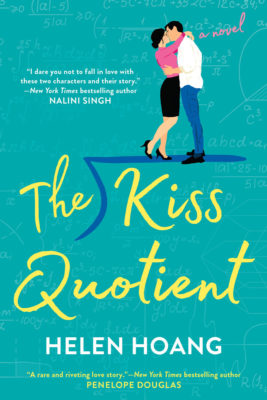 The Kiss Quotient by Helen Hoang

Stella Lane thinks math is the only thing that unites the universe. She comes up with algorithms to predict customer purchases—a job that has given her more money than she knows what to do with, and way less experience in the dating department than the average 30-year-old. It doesn’t help that Stella has Asperger’s and French kissing reminds her of a shark getting its teeth cleaned by
pilot fish. 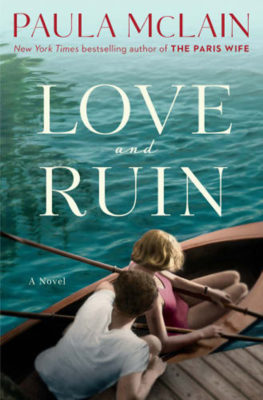 Love and Ruin by Paula McClain

In 1937, 28-year-old Martha Gellhorn travels alone to Madrid to report on the atrocities of the Spanish Civil War and becomes drawn to the stories of ordinary people caught in the devastating conflict. It’s the adventure she’s been looking for and her chance to prove herself a worthy journalist in a field dominated by men. But she also finds herself unexpectedly—and uncontrollably—falling in love with [Ernest] Hemingway, a man on his way to becoming a legend. 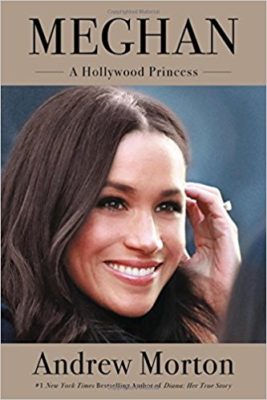 From Grace Kelly to Princess Diana, women who smash the royal mold have always fascinated the public. A revealing, juicy, and inspiring look at Meghan Markle, the confident and charismatic duchess-to-be whose warm and affectionate engagement interview won the hearts of the world. 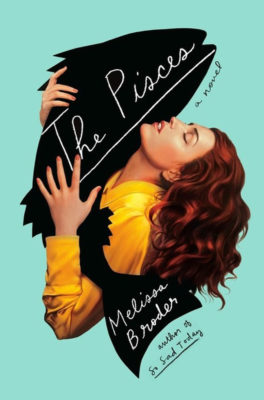 The Pisces by Melissa Broder

Lucy has been writing her dissertation on Sappho for nine years when she and her boyfriend break up in a dramatic flameout. After she bottoms out in Phoenix, her sister in Los Angeles insists Lucy dog-sit for the summer. Annika’s home is a gorgeous glass cube on Venice Beach, but Lucy can find little relief from her anxiety—not in the Greek chorus of women in her love addiction therapy group, not in her frequent Tinder excursions, not even in Dominic the foxhound’s easy affection. 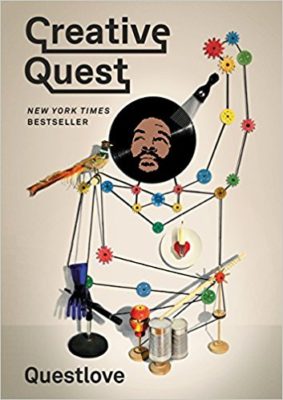 Questlove—musician, bandleader, designer, producer, culinary entrepreneur, professor, and all-around cultural omnivore—shares his wisdom on the topics of inspiration and originality in a one-of-a-kind guide to living your best creative life.