Saying Hello To 2016 With Live Music 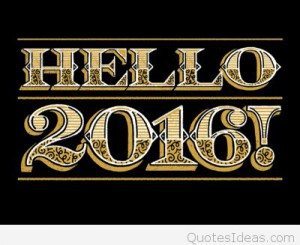 New Year’s Eve is an evening of high expectations. Mention music and that immediately brings to mind Dick Clark’s Rockin’ Eve and as much lip-synching as you can stand. So rather than put yourself through watching the ball drop, the following are a number of live entertainment options that involve real people performing and not pantomiming.

December 30
Brooklyn
Deer Tick @ Brooklyn Bowl
61 Wythe Ave. 8:30 p.m. $30.
Gritty roots-rock outfit Deer Tick takes the stage at Brooklyn Bowl for a pair of dates, following up last year’s six-night Brooklyn Bowl residency with a comparatively modest two-show effort. With five studio albums and a few EPs, Deer Tick’s mix of ramshackle rock and morning-after melancholia is the perfect fodder for the holiday’s hard-partying debauchery and next-day despair. Deer Tick will play an eclectic mix of tunes from their repertoire, including “The Dream’s in the Ditch,” “Dirty Dishes,” “Twenty Miles” and “These Old Shoes.” Avoid the crush of humanity in Times Square and bring in the new year in Brooklyn with a jaunty, booze-soaked night with Deer Tick.—Steve Mosco (Through Dec. 31.)

December 30
NYC
Gov’t Mule @ the Beacon Theatre
74th Street & Broadway. 8 p.m. $89.50, $75, $65, $60, $50.
866-858-0008
www.beacontheatre.com
It’s no exaggeration to say that Warren Haynes has inherited the mantle of “the hardest working man in show business” from James Brown. In addition to having done double duty with the Allman Brothers Band and Gov’t Mule for 20 years and founded/runs the Evil Teen imprint, he’s carved out some time for a solo career. The man is a true road dog, (the Mule played its 1,000th performance back in ’04!), and like Patti Smith has done until recently (she’s playing The Fillmore in San Francisco this year), he’s established the tradition of playing an end-of-year set of gigs at the Beacon that’s become a favorite pastime for members of Jam Band Nation. Upping the ante this time around is the fact that this is the eleventh year in a row that the Mule is playing the Beacon on New Year’s Eve and the fact Haynes and company released Shout! in 2013, the band’s first studio album in four years and Blue Note Records debut. (Also appearing on Dec. 31.)

December 30
NYC
Phish @ Madison Square Garden,
4 Pennsylvania Plaza. 8 p.m. $80, $70.
212-707-3131
www.thegarden.com
Now that we’ve gotten past the hiccup that was Skrillex (Sonny John Moore) and Diplo playing MSG last year, Phish returns to resume a multi-date residency tradition that dates back a number of years. Ever since the grand-daddy of the jam-band scene and heir apparent to musical forefathers The Grateful Dead followed up a four-year break-up by releasing 2009’s Steve Lillywhite-produced Joy, Phish has resumed its road warrior ways, having played 31 shows to date at Madison Square Garden dating back to December 1994. (Through Jan. 2.)

December 31
Brooklyn
Jimmy Buffett & the Coral Reefer Band/Huey Lewis & The News @ Barclays Center
620 Atlantic Ave. 9 p.m. $800.75, $275.30, $126.90. $86.10.
917-618-6700
www.barclayscenter.com
The patron saint of beach bums and anyone deigning to wear really garish Hawaiian shirts in public, (aka Parrotheads), swings through the area once again to treat the masses to readings of “Cheeseburger in Paradise,” “Margaritaville” and “Fins” while ringing in 2016. Helping out with the musical heavy lifting will be Huey Lewis & the News, who are well into its fourth decade and recent years marked a 30th anniversary milestone for the band’s commercial break 1983 break though album Sports.

December 31
NYC
Garland Jeffreys @ Joe’s Pub at the Public Theater
425 Lafayette St. 7 p.m. $50.
212-239-6200
www.joespub.com
A stalwart of the late 1970s/early 1980s era of rock & roll-inspired singer-songwriters whose ranks included Ian Hunter, Lou Reed and Graham Parker, Garland Jeffreys always had a gift for writing songs about race and social injustice steeped in the sounds of rock, R&B and reggae. In the past three years, Jeffreys has been on quite a roll starting with 2011’s most-excellent The King of In Between and 2013’s equally stellar Truth Serum. The Brooklyn native will be leaving it all on stage thanks to a killer combination of a stellar live show and an intimate venue. And this year, it becomes even more of a family affair as daughter Savannah is Jeffreys’ special guest. 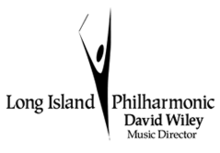 December 31
Greenvale
Long Island Philharmonic Annual New Year’s Spectacular @ the Tilles Center for the Performing Arts
720 Northern Blvd., 7:30 p.m. $113, $88, $73, $58.
516-299-3100
www.tillescenter.org
Led by music director David Stewart Wiley, the Long Island Philharmonic will be classing up the Tilles Center and welcoming in 2016 with this annual performance whose theme this year is “My Fair Broadway,” featuring the music of Lerner and Lowe.

December 31
Williamsburg
They Might Be Giants @ the Music Hall of Williamsburg
66 N. Sixth St. 10 p.m. $35. 212-486-5400
www.musichallofwilliamsburg.com
Given how They Might Be Giants have been bouncing between quirky alt-pop progenitors of hooky songs like “Don’t Let’s Start” and “Birdhouse In Your Soul” and kid’s music albums like the most recent, 2009’s Here Comes Science, it’s oftentimes hard to say which version of TMBG will be showing up at the Music Hall of Williamsburg. For this particular outing, expect playfulness and childlike wonder from the band’s two Johns, Flansburgh and Linnell along with the intelligence and sense of humor normally found in the songs they’ll be playing that will be tied to a specific theme to be announced on each date. (Through Jan. 2.)