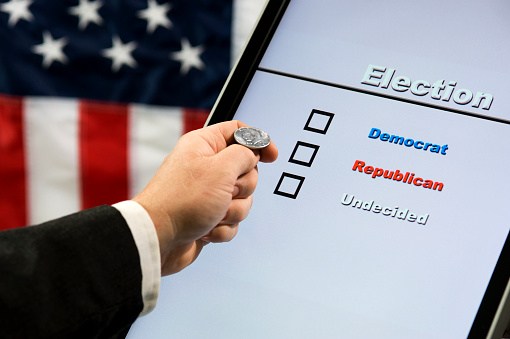 With unprecedented public squabbling and defections and rebellions, 2017 is truly the year we all understood that there is no longer a Republican political machine in Nassau County. The pretending is over. In all its forms, all its ups and downs, it lasted exactly one century, 1917 to 2017.

The old social, civic and fraternal networks have faded and with them the political organization that was cocooned around them.

Outgoing County Executive Ed Mangano thought he was auditioning for a seat on the Oyster Bay Town Board when he agreed to run against incumbent Democrat Tom Suozzi in 2009. Nothing got fixed and things went wrong, often in spectacular fireballs of fail. And the handcuffs. Closed police precincts, chronic deficits, tax assessment meddling, Charles Wang, those casinos. At times Mangano looked so stressed-out that there was concern about his health. After years of rumors that he had found another place to be, likely in the Cuomo administration, he was passed over for re-nomination.

With Hempstead and Oyster Bay Republicans in disharmony and disarray, and North Hempstead Republicans mostly just watching, as usual, and with many citizens aching to find a way to register displeasure with the White House and Congress, Nassau Democrats would seem to be on the verge of their greatest victory. And then.

Democratic primaries drew just over one in three Dems to the polls in Albany, one in four in Buffalo and Rochester, one in five in Syracuse. While there were editorials about the poor turnout in New York City, turnout there was double Nassau County’s stunning low participation rate of 7.7 percent. That’s even lower than the 2013 County Executive primary, a prologue to disaster which I called “a stunning rebuke” to expensive campaigns which failed to connect with voters and failed to talk to them like adults.

What words can adequately describe a turnout this low in a Democratic primary?
Democratic County Executive candidate Laura Curran has not clearly defined herself. She’s backed by the party that only recently let her return to its legislative caucus after she was too independent. Wait, what? She’s raised most of her money in contributions of $1,000 or more, including dozens of contributions of $10,000 or more. Who is this person?

Curran also presents an awkward contradiction by only acknowledging Republican corruption. Over the decade, North Hempstead Democrats lead Republicans in the other towns in arrests, convictions and resignations under a cloud. The party leader who personally issued my Burn Notice from the organization is being fitted for an orange jump suit. It was a former Democratic councilman’s admission about a certain $20,000 check for services not performed which helped seal the Skelos convictions.

The real story about corruption is the casual attitude towards ethical behavior that develops when one party rules and is not adequately challenged by opposition or held to a higher standard.

Ms. Curran is being misled into running an insipid, “safe” campaign, as if Bernie, Elizabeth and Donald didn’t rock jammed auditoriums for the last two years.
Governing this county is going to get even harder. Both Democratic and Republican campaigns have failed to answer the master questions: Why do you want to be chief executive of this mess, and why should we vote for you?

Respect the voters and answer the questions.